Malcom Ezindaleni Hydraulics and Engineering (MEHE) Malcom Ezindaleni Hydraulics and Engineering (MEHE) is a trusted provider of high quality hydraulic and engineering products and services that has served South Africa’s mining, power, engineering, heavy industry and agricultural sectors since 1976. After nearly forty years in the machine manufacturing and servicing industry, we have established a rock-solid reputation as a reliable provider of turnkey engineering capabilities that are distinctly innovative, practical and safe for a diverse spectrum of high profile clients whose mechanical requirements vary widely. The hallmark of our service, and the reason for our continued growth in the local market, is our uncompromising focus on ensuring our clients’ enhanced and uninterrupted productivity and safety, regardless of the scale or complexity of their mechanical requirements. Coupled with a dedication to have managed to position ourselves as a futuristic company with a focus on creating a sustainable develop people that equals, if not surpasses, our emphasis on developing exceptional products, we local engineering industry. What Makes Us Different? safety record have earned us recognition in both national and international circles and enabled us to Our particular attentiveness to client needs, responsive problem-solving approach and remarkable showcase our products at high-level trade […]

Welcome to Ezindaleni Power Solutions   Since 2002, Ezindaleni Power Solutions (formally known as Rethuseng Construction and Services) has been providing electrical construction/maintenance services to Eskom, Various Mining houses, heavy industry and local municipalities. We have merged with the Ezindaleni Capital Group early in 2011 and looking forward to many more years of constructing power solutions where quality, safety and service are not compromised.   Our Head Quarters are conveniently and centrally located 11Km’s outside of Middelburg, Mpumalanga; providing us an easy access to most of our clients work sites. Our infrastructure includes a central warehouse to house all of our construction vehicles under roof whilst vehicles are not on site, a dedicated state of the art office block, a mechanical workshop used for the repair of our vehicles and servicing of our tooling. We also have our very own fully equipped boiler making facility. We provide a comprehensive list of electrical engineering services including the construction of power lines and associated, substation construction and associated, live work maintenance, backup power solutions, and green power solutions.   We are a service orientated company with innovative solutions. We have 12 fully trained and authorized working teams and we offer to work […]

Steve Tshwete Local Municipality In 1994 Middelburg and Mhluzi, as well as Hendrina and Kwazamokuhle amalgamated to form the Transitional Local Councils. In 2001, a new dispensation for Local Government came into being, whereby the country was demarcated so that every piece of land fell within the jurisdiction of a municipality. The number of local governments were also reduced and the Transitional Local Councils of Middelburg and Hendrina, as well as some smaller towns, were amalgamated. A new municipality was formed, namely Steve Tshwete Local Municipality. The municipal area covers approximately 3993 square kilometers and includes the following towns: Middelburg, Mhluzi, Hendrina, Kwazamokuhle, Rietkuil, Pullenshope, Komati, Presidentsrus, Naledi, Lesedi, Kranspoort, Blinkpan, Koornfontein, Kwamakalane, Doornkop. This is a category B municipality comprising of 58 councillors of whom 29 are ward representatives and 29 proportional representatives. The executive Mayor assisted by 6 members of the Mayoral Committee, the Speaker and the Chief Whip heads the municipality. The Municipal Manager heads the administration. The population is estimated at 229 831 citizens in terms of 2011 census. The majority lives in the town of Middelburg and Mhluzi whilst others reside in smaller towns – Hendrina, Kwazamokuhle and mining and other villages as well as in […]

HRA Insurance Brokers HRA Insurance Brokers is the insurance broker of choice for commercial and individual clients on the Mpumalanga Highveld. Because we are based on the Highveld, we understand our clients and their needs better than any other insurance brokerage. Also we take the time to get to know them, and we believe in the enduring value of face-to-face interaction. We pride ourselves on providing our clients with customised financial solutions, in partnership with established service providers, and superlative, efficient service based on our strong personal relationships and rapid turnaround times. Although we specialise in commercial insurance, we also offer car and household cover for individuals. In addition, through our association with the TIG Holdings group of insurance broking companies, we are able to provide a range of life assurance and group benefits products, and investment advice.   HRA Insurance Brokers is an associate of a joint venture between TIG Holdingsand MRA Holdings.

Dual Lighting Dual Lighting was established on 18 August 2002, we supply Light Fittings, accessories and all Electrical Equipment to Contractors, Developers, Electricians, Builders, Architects, Commercial and Industrial Buildings etc. Dual Lighting provides a cohesive architecture upon which businesses may grow and remain competitive in a world of increasing competition and pricing pressure. Electrical accessories & supplies. Electrical, lighting supplies Through consultation, implementation and support, Dual provides a turnkey approach, which is geared to meet the needs of any organization. Today, Dual is one of the most Competitive Electrical Commodity providers in the Mpumalanga area. Dual Lighting’s mission is to provide effective and quality Electrical Product solutions to meet its client’s needs, in partnership with the clients, and at fair profit. Dual thus engenders a positive culture revolving around the four basic values which it sees as its cornerstones: The Client is Priority The Provision of Quality Service Honesty and Transparency in all business dealings Recognition of Individual Performance

Olifants River Lodge & Conference Centre Near Witbank & Middelburg Escape, explore, experience… Hidden in the Great Olifants river gorge, tucked in against the banks of the mighty river You will find Olifants River Lodge. You are woken by the calls of the fish eagle and greeted by the chirp and chatter of the 1000’s of species of bird life. Whether for leisure, conferencing, functions Olifants River Lodge has all the spoils of relaxation yet the sophistication of a professional conference and exhibition venue. Nowhere else will you find a more balanced property which caters for the serious business conference. As well as fun-filled team builds, nature loving birdwatchers, keen bass anglers or just a down right lazy leisure weekend away. *(By the way….the rumour of the “stash” is in the gorge?) FACT: We have a 400m² Indoor heated swimming pool, heated to 35 deg C, all year round. Ideal for winter getaways and school holiday breaks are warm for all our guests. Shrug off a long conferencing day soaking in the heated pool.

Project Presentations Information Technology PPIT began as Project Presentations in 1998 with its primary focus on IT projects. Since then, we have grown to offer complete outsourced ICT Solutions for medium to large organisations in South Africa and sub-Saharan Africa. With offices based in Mpumalanga, Gauteng and the Western Cape, our team is made up of the best ICT professionals in the industry, with over 50 years’ collective experience between them. This, combined with the strategic partnerships that we have formed with leading technology brands, such as HP Invent, Microsoft, Symantec, Kyocera and Telkom, to name a few, has positioned us as being on the leading edge of ICT Outsourcing and ICT Infrastructure Services. Our diverse services aim to improve business efficiencies through advanced technology and include Hardware and Software, Computer Networking, Telecommunications, Server Hosting, ICT Support and even Security. It is our mission to develop and maintain an advanced technology environment in order to support and enhance the activities of our clients in all areas of their business. Why choose us? Proven Experience We have extensive knowledge base covering all aspects of ICT consulting and implementation as well as a wealth of experience in multiple industries, including mining, retail, […]

G.Fox & CO Supplier of Personal Protective Equipment ( PPE) G.Fox is South Africa’s premier supplier of Personal Protective Equipment ( PPE), cleaning chemicals, paper products, and industrial consumable supplies. We distribute our products throughout South Africa, with our branch network of eight branches, in and around the country. As a proud member of the Bidvest Group, G.Fox, has become a trusted supplier to over 12 000 South African companies. Since its founding 50 years ago, G.Fox has built a reputation as the first point of call for any business, or individual looking for a reliable and quality supplier for their industrial consumable requirements.   All the G.Fox branches, carry a significant amount of stock, ensuring that we are able to fulfill any requirement, no matter how large, on time and completely. G.Fox has always sourced on the best quality and value for money products, from South Africa and globally, and it is this quality that customers have come to recognize and rely on. All workwear sold by G.Fox is manufactured in our “state of the art facility” in Swaziland. This factory is company owned, and dedicated to manufacturing to the G.Fox specification and standards.  All garments are manufactured from the […]

MPUMAMANZI Emerging Force – To be the Best in everything that we DO. OUR DYNAMIC TEAM Our strength comes from our diverse expertise. QUALITY SERVICE We pride ourselves in providing quality water and coal testing. Mpumamanzi Group (previously known as Mpumamanzi Laboratory Services) was established in 2000 by Mr Methusalem Lefula Motsepe. Mpumamanzi Group has its origins in the Mpumalanga Province. The Province is perceived as one of the most improvised regions in country – however, our emergence and contribution to the region has already produced results and is benefitting many young natural scientists. We have already relayed a message to both the water – and mining sector to be on the outlook for Mpumamanzi as we emerge to be counted amongst the best. Mpumamanzi figuratively means “Emerging Force or Energy”. In 2009 Company took a decision to diversify its services from a company that provided pure laboratory services to that which provided a broad range of services particularly focussed on the water sector. The decision was visionary as the company started to grow exponentially and with the support of funding from SEDA (Small Enterprise Development Agency). Mpumamanzi Group primarily comprises of four Directorates, namely: Water Engineering Services; Scientific Services; Finance […]

Osmans Optometrist   Osmans Optometrist established in 2003 specialises in clear and comfortable vision. We specialise in sourcing according to our patient needs from young to old. We have an on-site spectacle laboratory for minor repairs and adjustments. If need be, we also provide the same day service for emergency spectacle repairs. Our lenses are of international quality and all our frames come with a one year warranty. We stock a wide variety of contact lenses ranging from daily disposables to permanent lenses. As well as our equipment allows us to map the shape of your eye and prescribe according to your needs.   Also, we provide digital services to email patients pictures of the eye to track your eye condition. What we do Computerized Eye Testing as well as Manual Refinement Glaucoma (pressure) as well as Diabetic Screening Pensioners and Corporate Packages Children and Colour Vision Testing Magnifiers and Low Vision Aids for Decreased Vision We make provision for Credit by accepting the cards below (we do not encourage interest based transactions, so please utilize 6 months interest free plan)

Easy Skips – Drop and Collect Easy Skips is a mini skip rental business offering a “Drop and Collect” skip hire service, primarily for the construction industry. Most of all our services are available to private residents as well. This business was established in 2009.   Waste Removal Since then the business has grown from strength to strength. Over time we have built strong relationships within the industry. To support and assist our clients through unsurpassed capacity and professionalism in waste removal. We also offer expert guidance and support, dealing with companies across all sectors, from single to multi-site operations. The success of our business operations is demonstrated by the numerous repeat and long-term contracts and partnerships held within the industry. Also we believe in recycling and going green. 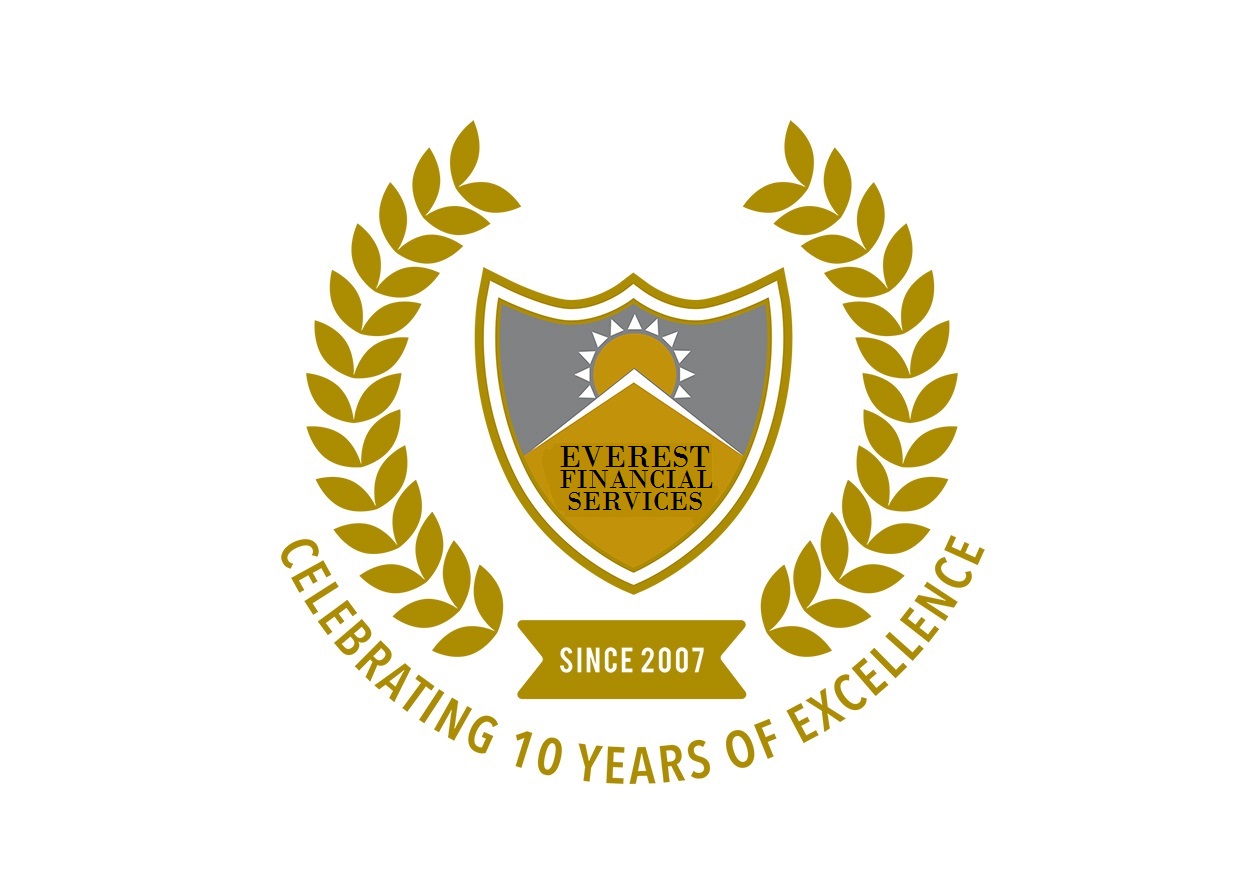